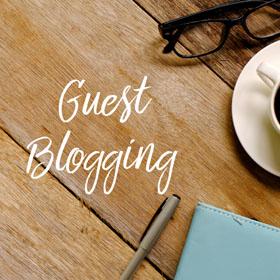 In early April of this year, an incident of racial bias at a Starbucks store became a nationwide news story that resulted in many companies around the country looking at the issue even more closely than before. At Illumina Interactive we were particularly attuned to the story because we’d recently launched a series of online learning programs on unconscious bias with one of our content partners, IBIS Consulting Group, a leader in workplace diversity and inclusion.

We asked Shilpa Pherwani, IBIS’s CEO, to talk about Starbucks’ response, and to provide some insights and perspective. Shilpa is a leading expert in diversity and inclusion, has been guiding global organizations for over 12 years on leveraging diversity as a business advantage. An organizational psychologist by training, she partners with organizations to effect sustainable organizational change by conducting cultural assessments, developing comprehensive strategic diversity action plans, and designing compelling and interactive classroom-based and online training.

Starbucks recently attracted attention, and applause, for their “teaching moment” response to the incident when two African-American men were escorted out of one of their Philadelphia stores.

Racial discrimination in customer service industries is a known problem, and as we’ve seen far too often, an organizational acknowledgement of bias does not always follow—so, yes, taking the opportunity to build awareness and understanding of racial bias does deserve applause.

What is the lesson that we take away from the model that Starbucks has presented for us? That training is the right response to a bias event?

Yes, AND—training can’t be the only response.

In twenty years of supporting organizations as they address bias, I’ve found that training is only effective when other critical elements are in place.

What other pieces need to be in place to make unconscious bias training effective? At IBIS, we’ve identified the following 10 critical factors to ensure a bias campaign produces meaningful results.

Illumina Editor’s Note: IBIS offers a whole array of services to organizations to complement their training materials, such as organizational audits and assessments, live ILT and VILT training, and interactive theater. Illumina’s primary contribution to IBIS’s offerings consists of online learning programs. Together we’re also exploring producing short modules and microlearning, and even spaced learning, using tools such as Axonify, Mindmarker and Drip to create sustained learning experiences within organizations.

1. Bias training is not a quick fix! There are no magic bullets.

The typical request from companies is along the lines of, “We want a 1 to 3-hour session on unconscious bias that is interactive, engaging, gives people an ah-ha moment, is based on research and helps raise awareness.” There is nothing wrong in starting your initiative like this, but it cannot be a one-time event.  One-time training efforts will not “move the needle” at any organization. Yes, episodic training can raise awareness, but without ongoing efforts to build or sustain the training outcomes, the impact is insignificant. Companies often use training as a reactive rather than pro-active measure. Training is not the solution to problems. Awareness is simply not sufficient for lasting, impactful behavioral and organizational change. It has to be supported by other strategic and systemic efforts.

2. Training must go beyond individual behavior and skills to address systemic bias.

It’s important to consider how people can behave differently, but we recommend combining that knowledge with recognizing systemic aspects of bias. Our thinking is prone to bias, and it is inevitable that the systems and processes created by people may also have in-built biases.  Use the training to help people recognize how bias negatively influences areas such as recruitment and hiring, career development, performance evaluation, succession planning etc. In fact, we often suggest changing the title of the training. Don’t call it unconscious bias training. Use titles that illustrate the outcomes – talent acceleration, engagement, innovation, enhanced team performance. With this approach, people realize mitigating bias is not just “the right thing to do” but affects their day-to-day roles and responsibilities.

3. If you are only offering off-the-shelf training, don’t do it at all.

Bias training needs to be relevant and meaningful for the audience. If people see themselves and their real-life issues represented, the training will resonate with them. Customize the training to align with the organization’s culture, and make sure to address the real-life opportunities and challenges of people in your workplace. Talk with stakeholders within the organization and use the data to develop real-life case scenarios that illustrate how bias affects every day decision-making.

Illumina Editor’s Note: Most of the diversity and inclusion training programs we’ve developed together with IBIS include dramatic case scenarios – typically shot in video, though some have been done in photonovella or graphic novel style. The scenarios we’ve created for courses on unconscious bias for major corporations – that might deal with coordinating international teams for example – have been very different from the scenarios we’ve created for similar courses geared towards higher ed institutions. And in the case of the latter, there we’ve even had to develop scenarios specifically geared towards faculty, staff and student audiences.

Training only works when it is intentionally designed to achieve discrete, and often narrow, outcomes. What do you want to change with this training? How will you measure whether the training was effective in achieving the targeted outcomes? Identify the discrete outcomes and put metrics in place that target specific behaviors and systems your organization seeks to impact.

5. Determine how people will be held accountable.

Though mandatory training puts some people off, there are still ways to encourage attendance, such as having leaders go through the training before other employees. We’ve found that showing leaders being accountable is an important element of effective bias education. We also recommend that unconscious bias initiatives appear on individual performance reviews in order to ensure action throughout the year.

6. Embed diversity, inclusion and bias concepts in all other training.

Embedding and infusing diversity and bias concepts in all leadership and management training materials is a critical aspect of ensuring impact on the organizational diversity goals. On the other hand, make sure all bias training content aligns with the management and leadership competencies identified by the organization. No matter what business strategy takes center stage in an organization—whether it’s innovation, marketplace penetration, increasing productivity, or something else, it must play a central role in the bias training approach.

Illumina Editor’s Note: Conversely, diversity and bias training often bring in elements from an organizations’ other training – whether to communicate its overall mission and brand values, or a code of ethics and conduct among employees or in treating customers.

7. The training needs to offer application-based strategy and tools.

People often walk out of a training saying, “Well, that was fun, but what exactly do you want me to do differently?” All bias training must give people the tools to have difficult conversations and specific strategies that they can deploy. Think about training with head, heart and hands. The ‘ah-ha’ moment comes from experiential learning. Unless action is built into the education, it’s all fluff.

Illumina Editor’s Note: This is a point that can’t be stressed enough and that applies to all kinds of training: “what exactly do you want me to do differently”. In some of IBIS’s diversity, inclusion and bias training programs we provide “Action Plans” that learners can use to identify some specific actions they’re going to take moving forward. In other cases, “Journaling” or “Notes” capabilities give learners the opportunity to capture their thoughts and ideas about what’s most applicable.

Yes, we all have unconscious biases, but many of us also have conscious biases. We need training that enables people to go deeper and to have courageous conversations around race, gender, homophobia and other “isms” in the workplace. The goal of the training should be to create safe space where people can have a dialogue that is meaningful to them. When bias training is offered, people often forget about intersectionality. You could be a woman of color in a wheelchair. Life is more complex than black and white, man and woman, and our trainings must reflect that in order to help grow and develop our workplaces and communities.

9. People say it’s a serious topic. But it needs humor.

Let people relax and have fun so that they can open up. There’s nothing funny about bias, but we’re also talking about identity, and we can find ways to usually laugh at ourselves. It is OK to use humor. It is not the shame or blame approach but bringing humor in as a tool with which to relay diversity ideas works because it eases guilt and discomfort, and the defensiveness traditionally associated with this kind of subject matter.

People learn differently, and that’s why it’s useful to offer different learning formats and modalities – e-learning, micro-learnings, interactive theater, improv, virtual reality. The goal is to use the learning format to provide a memorable learning experience where the learning sticks. We see enough rolling of eyes when you mention unconscious bias training. The experience offered should engage people and prompt them to open and continue the dialogue on their roles for interrupting bias either as an ally, bystander, victim or perpetrator.

My hope is that organizations can prevent incidents like the one at Starbucks. And if they do grapple with what has become a common occurrence, training is not used as the fix, but as one of the layers of a strategic and holistic approach to interrupting bias.

Illumina Editor’s Note: For diversity, inclusion, and bias training, and many other subjects as well, the keys are to focus on what’s most important and relevant to the organization, make sure the learner sees realistic scenarios and resulting actions, and give learners direct support and reinforcement for applying what they’ve learned. 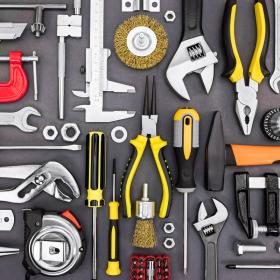 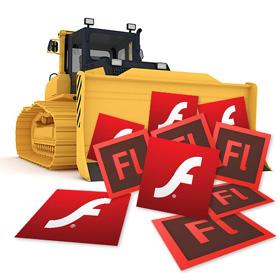 Is Flash Really Dead??? And What’s a Learning Department to Do About It? 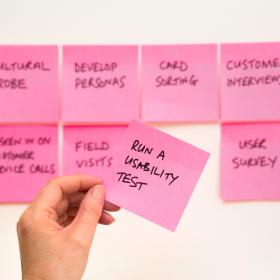 Building eLearning: Behind the Scenes with eLearning Development

Blog, Creative Approaches, Development Processes & Practices 0
Cookie settingsACCEPT
This website stores cookies on your computer. These cookies are used to collect information about how you interact with our website and allow us to remember you. We use this information in order to improve and customize your browsing experience and for analytics and metrics about our visitors both on this website and other media. To find out more about the cookies we use, see our Privacy Policy.
Manage consent